This Week's Sneak Peek and Rant

One question we cartoonists get all the time is "How do you come up with your ideas?"

I can't answer that question, but I can tell you that how we don't come up with ideas is spending a whole week trying to figure out where we put something that is determined not to be found.

I have — or perhaps I had — a little iPod that I was listening to last Monday as I mowed the lawn, and that's the last I've seen of it. The earplugs are safely put away in the case they came in; the bandanna I wore to keep the earplugs from falling out every five minutes was on the clothes dryer until I washed it and put it away in a drawer. But the iPod is nowhere to be found, in the house, in the garage, in the car, on the patio, in my pockets, ad infinitum.

That effing little iPod has been a disappointment ever since it arrived from Amazon. I bought it because my previous iPod Nano was a.) full, and b.) synced to a laptop that died in 2011. We were planning a family trip to Italy, and I wanted to have a playlist of Italian music and another of music to try to help me sleep during the flight. I also had previously downloaded a couple hours of Bach organ music I could only listen to on the computer, that widely panned U2 album Apple had released for free on iTunes, and a few other random pieces of music.

When the iPod arrived, I discovered that the marketing geniuses at Apple had redesigned the product so that it can't play on the iPod docks I have at home and at work. I could plug earphones into it or hook it up to the car radio, and that's it.

Well, fine. I made playlists of Italian music, boring music, Latin American music, organ music, Tchaikovsky and Grieg. I downloaded from iTunes a few albums I had had only on cassette tape, one of which was the soundtrack to Philadelphia. 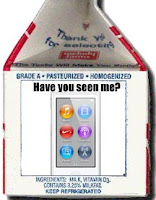 I later discovered that the only cut from the Philadelphia soundtrack on the iPod was Maria Callas singing "La Mamma Morta," which I had marked to go into the Italian playlist. The rest of the soundtrack was on the computer, but nowhere on the iPod. Indeed nothing I had bought from Apple or copied from CDs after some point early on was in the iPod unless it had first been tagged to go into one of those six playlists. I tried making new playlists, but to no avail.

For a while, I could still add music to those playlists. Before long, however, the iPod quit accepting any new music at all, even though it was only about 20% full.

So now, I have to decide whether to give that little shit up for lost; and if so, whether it's worth replacing, given that the marketing geniuses at Apple have ended iTunes.

I think I'd be better off replacing my tape player.
Posted by Paul Berge at 11:46 AM