Time and Tide, Sooner Or Later

It has belatedly come to my attention that a cartoon I drew last month about Kyler Murray and Kevin Hart pictured Murray in a Crimson Tide uniform instead of an Oklahoma Sooners uniform. In an email that got shunted off to a seldom-used address of mine, Google+ reader (Cripes, is that still a thing?) EaglesBamaF1 23 says I owe the entire University of Alabama an apology. 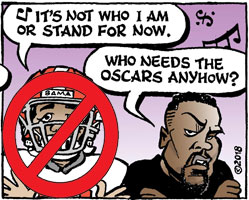 In a lack of due diligence, I had image-googled Mr. Murray and printed out the picture that appeared to best show the details of what football helmets look like these days. I had decided to draw Murray in a football uniform because I suspected that most of my readers would have no idea who he was if I drew him in street clothes. Unfortunately, it turns out that the photo was of Alabama quarterback Tua Tagovailoa, like Murray a candidate for the Heisman trophy at the time.

Frankly, I'd rather have drawn Murray without the helmet covering most of his face, because he seems reasonably fit for caricature. I wasn't pleased with any of the four caricatures of Kevin Hart in that cartoon; too bad I couldn't have just put a football helmet on his head. 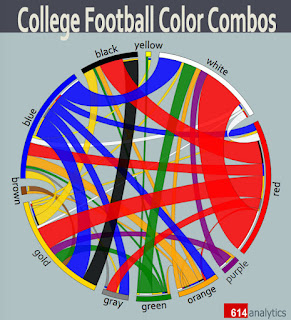 And can I just say, as someone who doesn't follow college football except for the Wisconsin Badgers, that there are too many schools out there with red and white as their school colors?
Posted by Paul Berge at 4:28 PM