I learned through Daily Cartoonist this week that editorial cartoonist Wayne Stayskal died on Tuesday at the age of 86. 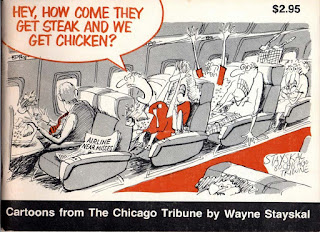 The Daily Cartoonist, in turn, had learned of Mr. Stayskal's passing from arch-conservative newspaper columnist Cal Thomas, who had collaborated with Stayskal on their book Liberals for Lunch in 1985 and had written the forward to Till Euthanasia Do You Part in 1993. As an obituary, Thomas's column has that bitchy bathos of how conservatives are so persecuted and that must be why Stayskal didn't achieve the exalted status of the giants of the editorial cartoonist pantheon. 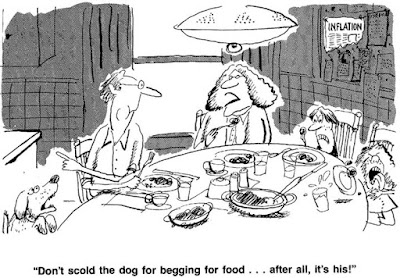 I'm afraid there are plenty of editorial cartoonists from all across the ideological spectrum who have not achieved that status. Most of us don't and never will; heck, I don't even have a Wikipedia entry. But count me as a longtime fan of Mr. Stayskal from back when he drew for the Chicago Today.
When I was a kid, I used to have a collection of Stayskal's cartoons pinned to the bulletin board in my bedroom. That was no way to preserve newspaper clippings for posterity, and they haven't been; I can still see in my mind's eye, however, his seemingly casual caricatures of Richard Nixon, Gerald Ford, and Richard J. Daley. (And, for some reason, a particular three-panel cartoon that parodied Crest's "Look, Ma, no cavities!" ads, with the punch line "Sugar's so darned high we stopped buying it!") He had a rough drawing style that suggested spontaneity, even hastiness, and brought to mind the scratchings of Ronald Searle or Gerald Scarfe. 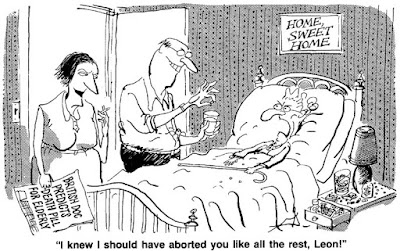 Or perhaps Gahan Wilson, along with whose opera the above cartoon would comfortably sit cheek by jowl. 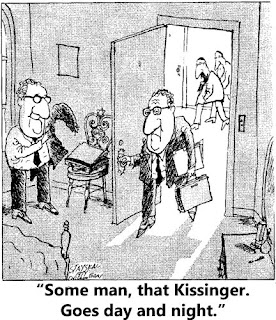 Stayskal was a protégé of cartoonist Vaughn Shoemaker, coming in 1962 to work with and eventually succeed him at the Chicago American (later Chicago Today). As the Chicago Tribune swallowed up the afternoon paper over the course of 1974, he joined Daniel Holland, Dick Locher, and Jeff MacNelly on the Trib's editorial pages. Before long, the Tribune scaled back its cartooning staff, and Stayskal moved to the Tampa Tribune in 1984 but continued national syndication through Tribune Media Services. Even after retiring in 2005 and returning from Florida to Illinois (now there's a contrarian for you), he contributed cartoons to townhall.com until 2010 or so. 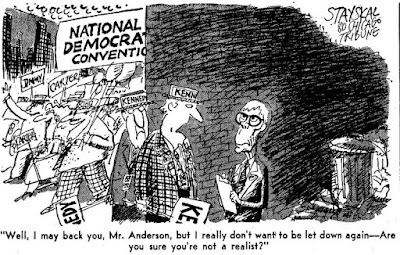 He also drew for the comics pages: he wasn't able to make a success of Balderdash or Ralph; but his Trim's Arena, drawn under a pseudonym, appeared in several newspapers' sports pages in the 1970's and 80's. 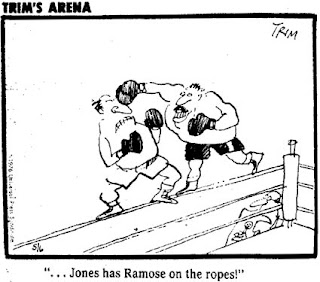 To Mr. Thomas's complaint, it is true that Wayne Stayskal is absent from such cartooning reference books as Syd Hoff's Editorial and Political Cartooning (1976) and Maurice Horn's The World Encyclopedia of Cartoons (1980), and his Wikipedia entry is all of four sentences long. [Update: the entry has been expanded considerably since I wrote this post.] 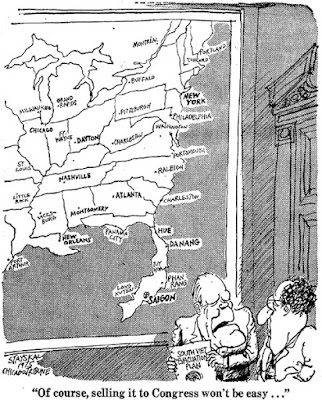 But if my blog is dedicated to anything, it is to the proposition that the work of editorial cartoonists should be appreciated beyond the daily deadline, whether the artists reach the pinnacle with Thomas Nast, rub shoulders with the vast majority of quotidian scribblers, or toil in unwikipediated obscurity. 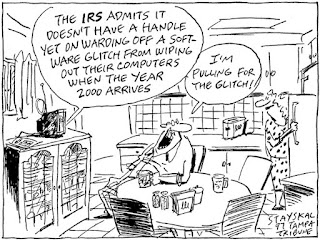 So here's to you, Wayne Stayskal. Rest in peace, and may you bring a daily chuckle to the readers of the Celestial Tribune.
Posted by Paul Berge at 6:14 AM