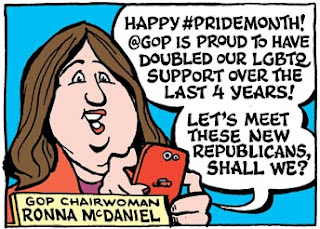 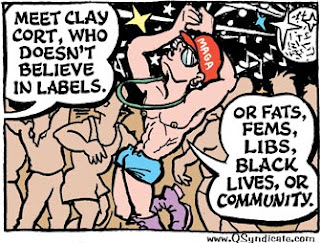 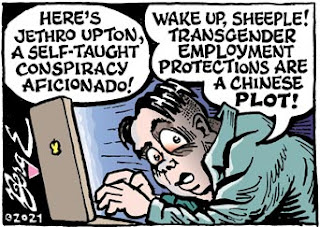 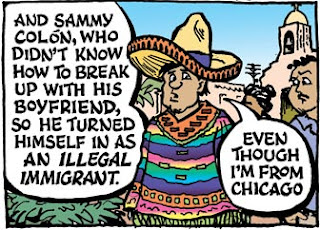 I've quoted GQP Chair Ronna McDonald's Pride Month tweet directly in the first panel of this week's cartoon. She concluded her tweet by explaining that "we will continue to grow our big tent by supporting measures that promote fairness and balance protections for LGBTQ Americans and those with deeply held religious beliefs."
There has been plenty of pushback to McDonald's tweet, starting with Chasten Buttigieg challenging her to read her own party's platform on LGBTQ rights. The GQP didn't produce a national platform in 2020, but its 2016 platform and its various state party platforms came out resoundingly against LGBTQ rights.
The Transportation Secretary's husband, a Chicago area teacher, also noted that "Those with 'deeply held religious beliefs' are often the parents who force their LGBTQ children out of the home and onto the street. I've met with those kids. 40% of homeless youth in this country are LGBTQ."
Other tweeters have scoffed that doubling LGBTQ support comes from having such low number to start with; but let's be honest. We can be found in every walk of life. Even this guy: 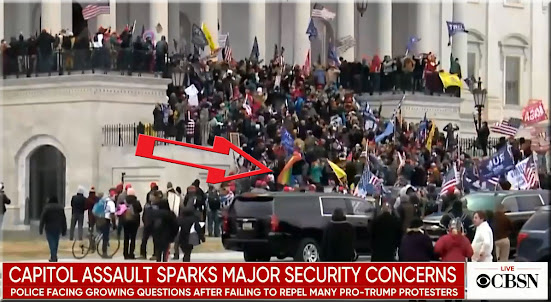 There are more Ric Grenells, Caitlyn Jenners, Tammy Bruces and Milo Yiannopouloi out there than more mainstream LGBTQ+ folk might care to admit. Not enough to have any great influence in their party's platforms, surely, but they exist.

Family Research Council President Tony Perkins tweeted: "Sounds good in a tweet, but the reality is religious freedom is being endangered by those demanding forced acceptance of the LGBTQ agenda from the elementary classroom to the corporate board room and everything in between. There can be no compromise on our First Freedom."

Who is the real Requblican Party any more? McDaniel and Grinell, or Perkins and Rogers? Those new Requblican converts deserve to know what they're getting into. Check out another tweet in response to the GQP Chair:

One small perk of being a white gay guy who can blend-in with Republicans:

When Republicans think they’re in friendly company, I get to hear *precisely* what they think of people who aren’t straight/white/Christian/etc.

It isn’t pretty – and you aren’t fooling anyone.

Say, Tom, that wouldn't have been you blending in at the Capitol, was it?
Posted by Paul Berge at 6:10 AM