Cartoonists and the Photoengravers Strike

Last Saturday's entry here was long on words and short on cartoons, so I'm going to try to strike a better balance today.

One of the cartoonists I had hoped would have drawn a good cartoon about the Tulsa Pogrom was the New York Evening World's John Cassel. He had drawn a couple war-time cartoons praising African-American soldiers, so I went looking through the World's June, 1921 archives to find what he had to say about Tulsa.

I found instead that he was preoccupied with the strike against newspapers in New York and elsewhere by the International Photoengravers' Union.

I can't say for sure that this cartoon specifically addressed the photoengravers union, because theirs was not the only strike underway at the time, by a long shot. Employers, backed by the Harding administration and a Republican Congress, were pressing their workers to give back gains won under the more sympathetic Wilson administration during the Great War.

In any event, the newspaper photoengravers paid no heed to Cassel's cartoon, and the strike was on.

So instead of his usual grease pencil cartoon, Cassel greeted Evening World readers the next day with this display of graphic typography.

He followed up a day later by adding some clip art.

The strike affected some 17 New York newspapers, but the only other Big Apple cartoonist I found who tried John Cassel's approach to dealing with it was this one cartoon by Nelson Harding across the East River at the Brooklyn Daily Eagle. Harding missed a few days on the editorial page that week, but his little one-column cartoons continued to appear daily on the front page.

The gag cartoons seem to have been unaffected by the strike, as evidenced by Cassel's fellow cartoonist at the Evening World, Maurice Ketten. Elsewhere, the New York Evening Post hadn't run any editorial cartoons since Haydon Jones's departure in April, but Alfred "Zere" Ablitzere's light-hearted cartoons continued daily on another page. Nor was there any interruption in John "Ding" Darling sending his editorial cartoons in from Iowa to the New York Tribune.

Likewise, the Evening World's sports cartoonists kept showing up in print during the strike.

Was it a matter of pen and ink over grease pencil? A question of willingness to cross a picket line?

I don't think so. The strike also resulted in newspapers being unable to run the comic strips, which were such a popular selling point in those days. At the Evening World, the editors strove to keep their comic strip fans engaged by making a readership contest out of it.

The strike also interrupted the work of Sidney Joseph Greene, who had come to Pulitzer's Evening World from the Evening Telegram a year or so earlier. Instead of drawing editorial cartoons, Greene was drawing a filler feature on the comics page. No comics page, no Greene.

Meanwhile, John Cassel kept plugging away at his typographic cartoons on the Evening World editorial page.

Cassel managed to create a reasonable caricature of U.S. Ambassador to Great Britain George Brinton McClellan Harvey (certainly better than his attempt at President Harding the day before). 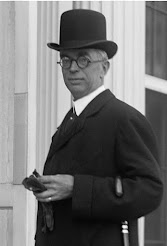 Well, I'll let you be the judge.
By the next week, the strike was settled, union and management returned to the bargaining table, and Cassel was back to his customary style of cartooning.
It would be naughty of me to close this Saturday post and leave you in suspense over the outcome of the Evening World's comic contest. The original strips and their prize-winning imitators ran on the comics pages June 13, 14 and 15.
Posted by Paul Berge at 4:29 AM