A propos of nothing in particular, here's a cartoon from my archives -- July of 1999, to be exact -- about TV news coverage of a big local tragedy. The reporters can't tell you much: the firefighters are still trying to put out the fire, the gunshot victims are still on the operating table, police have cordoned off the structural collapse, or authorities aren't letting camera crews anywhere near the plane/train/ship. But the folks at the TV station are staying on the air, determined not to be scooped by the folks at the other TV stations... 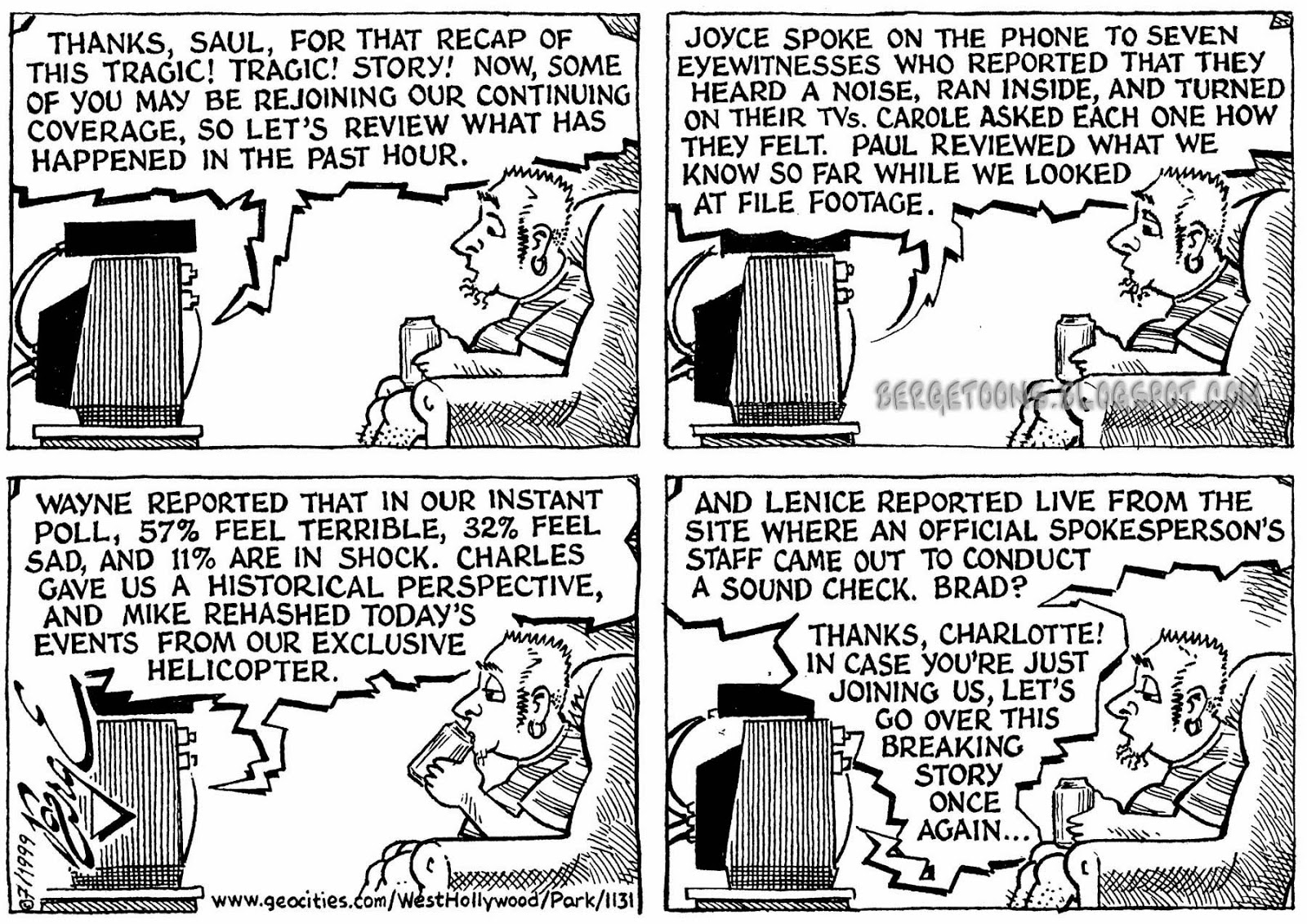 The names in this cartoon are of Milwaukee local anchors and reporters at the time, but I'm pretty sure this cartoon could be about local TV stations just about any time, anywhere. I believe that the particular story which inspired this cartoon was the Big Blue crane collapse during the construction of Miller Park, which killed three construction workers.

The long form address of my now defunct Geocities page on this cartoon won't take you anywhere, incidentally. Geocities got bought up and shut down by Yahoo!/SBC Global/AT&T years ago. Oh, and that thing the guy in the cartoon is staring at is what televisions used to look like.
Posted by Paul Berge at 1:31 PM