Before the DOD Had DADT

This is, I believe, the first cartoon I drew about the topic of opening the military to service by gays and lesbians. It was one of the first agenda items announced by President-elect Bill Clinton, and was met with swift resistance (in spite of the fact that we were not fighting two wars at the time. Not even one). 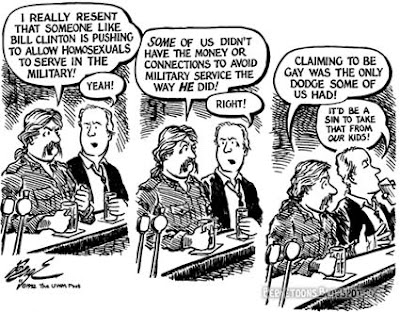